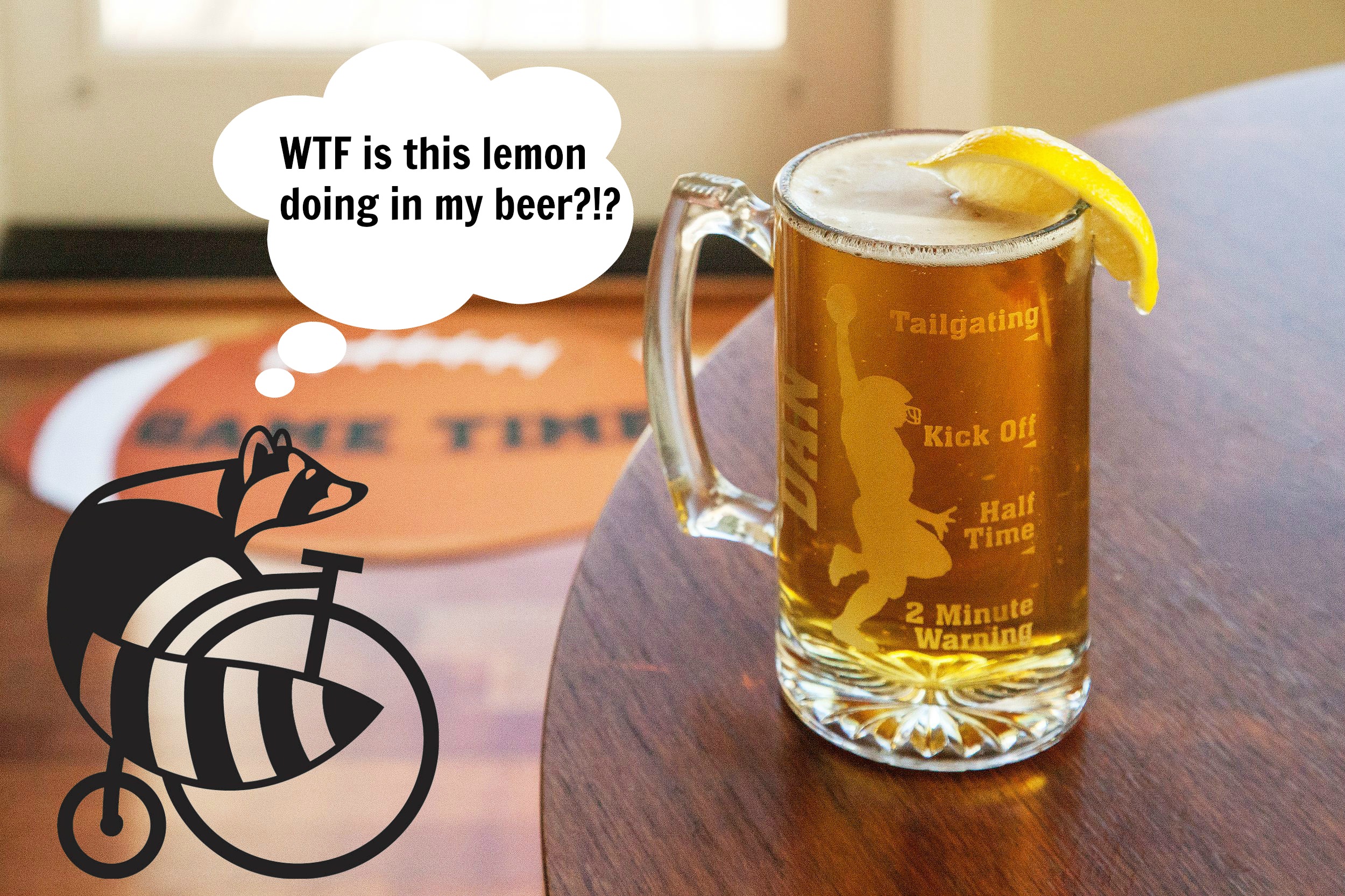 The Super Bowl is almost here and along with the actual game that is played, this Sunday is also a big day for food and beer. According to Forbes, Americans are expected to consume more than 12.5 million pizzas and 1.33 billion chicken wings during this year’s Super Bowl. 1.33 BILLION! What do people need to wash down more than a billion chicken wings? Why beer, of course.

Best Beers for the Super Bowl?

Better Beers for the Super Bowl

Two things stand out about this list. First, Americans love their lagers and Belgians. Second, we need to give people a better list of beers to choose from! To help all of the craft beer lovers out there, we thought we would put out our own list of “Best Beers for Your Super Bowl Party.” We tried to keep it local (which is why Sierra Nevada Pale is off the list even though that’s a solid beer), so this is more of a list of local craft beers you can easily get around San Diego that will take the place of the beers on Shape’s list and help you throw a killer Super Bowl Party.

Although we stuck to the lighter side of beers to best mirror some of the styles of the original list, being in San Diego, you can’t get away without a few hopp-tastic beers.

This hoppy pilsner is 5.3% of pure goodness. Why reach for a watery macro when you can get a refreshing, light-bodied lager in 16 oz. cans for a cool $9.99?

This beer is perfect for the craft beer newbie or anyone looking for a golden, light-bodied, cream ale. It’s also perfect to cool the heat of spicy foods like Buffalo wings and nachos.

This 5.0% hefe is a balance between a traditional German Hefeweizen and an American amber. It’s unfiltered and refreshing and pairs great with sausages like bratwurst, knockwurst or any-wurst, really.

Toasted oats lend the nutty, roasted flavors with notes of chocolate and coffee. This beer is a sipper, but also smooth, making it an ideal pairing to the sweeter treats like chocolate cake and mud pie.

This San Diego classic is hoppy and refreshing, with a subdued bitterness and malty finish. .394 was Tony Gwynn’s career high batting average and this beer was made in honor of this baseball great. Drink up because a portion of the proceeds from each beer sold goes to the Tony and Alicia Gwynn Foundation, a charity that provides educational and financial resources to underserved members of the San Diego community.

The trio of Nelson, Mosaic and Simcoe hops help this amber ale pop while still giving the malt background and drinkability that people love in amber. This is another beer that comes in 16 oz cans.

An iconic beer in San Diego and beyond, Pure Hoppiness has helped define what a West Coast double IPA is. With hops on top of hops on top of hops, this 8% beer packs a punch in both alcohol and flavor. IPAs are the prefect pairing to smoked meats and spicy foods.

This Belgian table beer is a good choice for your party with its peppery and citrusy notes as well as its extreme drinkability at 4% ABV.

Czech Saaz hops and Belgian Pilsner malt blend together for a saucy Belgian blonde ale. No joke at 6.8%, it has light notes of apricot, pepper, and pear that bring it home. While it’s not available in cans quite yet (soon!), you can come and grab a growler of this Belgian beauty at the tasting room.

This beer is a Belgian witbier with a SoCal spin. Orange zest, orange blossom honey, and coriander are used in the brew to impart a spicy, yet earthy wit that is as easy to drink as it is tasty.

Which San Diego beers will be at your Super Bowl party?